Let’s get right to the point. There is no magic bullet, the easy way out is the wrong way, and quick fixes never stand the test of time. We all know this to be true yet, astoundingly, we have been led to believe the exact opposite when it comes to our health and well-being. Medicine has become our magic elixir, our get-out-of-jailfree card. Why exercise your bones and joints when you can pop a pill instead? Sure you risk abdominal cramping and bone death, but at least you don’t have to get off the couch. Hair loss, obesity, short temper, shyness, itchy skin, dry eyes… You can bet that whatever ails you, no matter how trivial, there is a pill marketed for it.

The reason acupuncture continues to thrive for the past 2,500 years, even at times in the face of fierce opposition, is because it is built on solid, lasting, time-tested principles and theories. The health of your body is in direct proportion to the health of how your bodies innate healing energies travel throughout your meridian system. Energy flows throughout your body by way of an intricate network of pathways called the meridian system. Taking migraine medicine for a headache requires that your body not only fight the cause of the migraine, but now also the dangerous chemicals you are dumping into it.  We have essentially been trained to put out a fire by dousing it with gasoline. We have been led to believe that the work that the body has been accomplishing over thousands of years with amazing efficiency is suddenly no longer possible in the absence of drugs.

As much as we tend to overcomplicate it, staying healthy is really pretty simple.  Getting well requires that we optimize the function and flow of energy within our meridian system and then maintain its integrity to allow the body to do what it was created to do. The reason that so many of us struggle with our health is because as simple as the concept is, actually following through requires a high level of commitment and necessitates specific action steps on a daily basis. Everyone knows the formula for losing weight is to cut out the bad calories, watch your portions, and exercise daily, but few people can commit to following through.

It’s easier to look for the pill that requires no work output or the exercise video that promises miracles after 2 weeks, or to simply give into temptation.  Your body is a masterpiece and it requires consistent attention and respect. If you’re ready to make the commitment to getting well – not just feeling better through artificial means, but truly getting well – then welcome aboard! We’ll do everything we can to help you get there.

This is my favorite time of year.  Not only does fall bring amazing colors in the landscape, but apple cider, squash pies, crisp air, and fall festivals.  My favorite festival of the year is the lesser known one of Samhain, which occurs on November 1st.

This is a Celtic born holiday.  Samhain is a Gaelic word which translates as “summer’s end.”   The Celts viewed the year as divided into two seasons: the light season and the dark season.  Literally the days are getting darker and shorter.  May 1st, Beltaine, is the beginning of the light season. 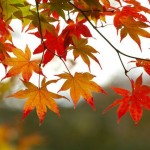 The Celts felt it was very important to honor the opposing forces of light and dark.  They saw all of life in opposing pairs, the same way that the Chinese view life in their concept of yin and yang.  Light and dark, cold and hot, far and near, all of life can be divided into two categories: the dark or yin forces and the light or yang forces.

It is interesting to note where the Celts viewed this continual process starting from.  Their day began and ended at dusk; their year began and ended on November 1st.  Both of these cycles start with darkness.  They understood the world as springing from darkness, the way they saw their seeds needed time underground before they became  fertile plants.  Darkness was sacred because the old needed to die before the new could be born; there was a certain amount of incubation needed to produce life.

The Chinese have a similar view.  They too believe that the yin, or darkness, is what the yang must spring from.  There is always some aspect of both yin and yang in all things and in varying degrees and ratios.  However, if there is not enough yin available, life will not appear.

Many times in our culture we do not appreciate the yin enough.  We see times of incubation as a nuisance; we see the darkness as something that needs to be cured or cut out.  What we fail to see is that the cycle starts in the darkness and without it the full beautiful life that we want to live would not be possible.  We want to believe that we can be in the womb for nine months and then go, go, go for the rest of our lives.  But this does not honor the interchange of yin and yang, the very cyclical nature that we are.  We will invariable have times of lower energy; the problem occurs when we do not honor the yin and instead push through.  This is what creates a culture addicted to caffeine and suffering from chronic fatigue.  The more we honor the yin and replenish, the yang will then have a base to spring forth.

I always feel a lot of energy in the fall; I believe my body feels the yin time of year approaching and knows that soon it will fall into quieter energy patterns as the darkness envelopes us.  Understanding and listening to these cycles has also allowed me to appreciate winter.  I allow myself these quieter energies because I know that the darkness will eventually turn back into the light. 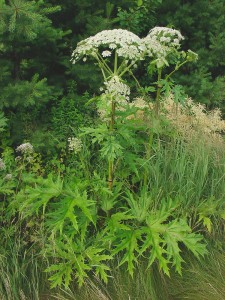 The whole herb was wild-crafted and washed. Samples of the fresh root, stem, leaves, flower and seeds were weighed and used in the making of the tincture. The diluent was a 40% alcohol solution and enough added to achieve in all probability, a 1:9 to 1:10 dilution of the whole fresh plant, which is approx. 80-85% water content, to make a tincture comparable to the French Homeopathic Co END_OF_DOCUMENT_TOKEN_TO_BE_REPLACED